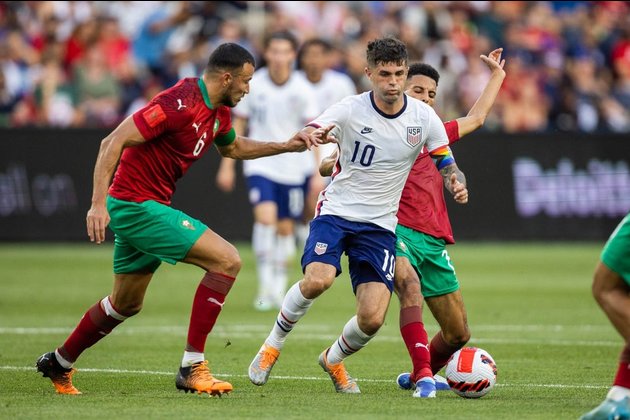 The United States men's national team will continue its preparation for the 2022 World Cup later this summer with a pair of tune-up games in Europe.

The USMNT will first face Japan on Sept. 23 at a location to be determined, with the Washington Post reporting that the game is set for Germany.

A second game against Saudi Arabia will take place Sept. 27 at Murcia, Spain. Both opponents qualified for the World Cup.

The USMNT qualified for this year's quadrennial event at Qatar after not making the field for 2018 tournament at Russia. The national team will open World Cup play Nov. 21 against Wales in Group B play before facing England (Nov. 25) and Iran (Nov. 29).

The team also played a pair of World Cup-qualified teams this month in the United States, finishing in a 0-0 tie with Uruguay and defeating Morocco 3-0.

French urged to conserve energy use to prepare for winter

PARIS, France: Amidst shortages and soaring prices caused by Russia's invasion of Ukraine and subsequent supply cuts, the heads of ...

At this week's G7 meeting, imports of Russian gold to be banned

WASHINGTON D.C.: In the latest in a series of sanctions aimed at further isolating Russia economically over its invasion of ...

MAGWAY, Myanmar - At least eight resistance fighters were killed on Wednesday when junta troops intercepted a truck they were ...

SHANGHAI, China: As Shanghai reports no new cases of Covid for the first time in two months, Shanghai's top communist ...

WASHINGTON D.C.: The White House has reported that the U.S., Australia, Japan, New Zealand and the UK have created an ...