USMNT fails to get shot on goal, loses to Japan 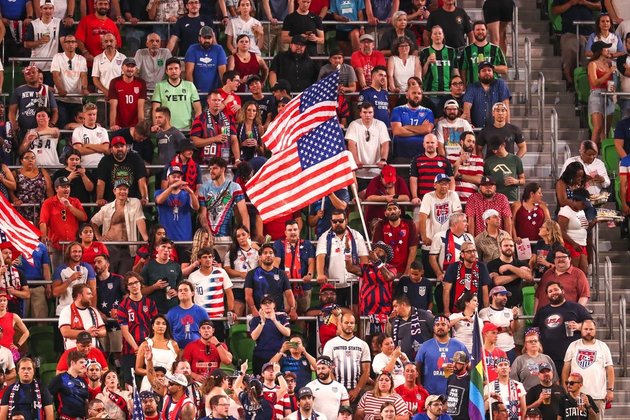 Daichi Kamada scored in the 24th minute and Kaoru Mitoma in the 88th as Japan dominated the U.S. men's national team 2-0 in a friendly in Dusseldorf, Germany on Friday.

The USMNT is now inside two months before opening Group B play in the World Cup against Wales on Nov. 21.

Tuesday, the U.S. plays Saudi Arabia in Murcia, Spain, in the final match before the 26-man World Cup roster must be submitted on Nov. 13.

The one bright spot for the U.S. was Matt Turner. With Zack Steffen injured, Turner, the Arsenal goalkeeper, stepped in and made six saves.

He kept the score 1-0 in the 65th minute with a diving save to his left to stop a skipping shot by Kamada, and 10 minutes later, he tipped over the bar a strike from distance by Ritsu Doan.

It was a patchwork squad for the Americans, with seven players expected to be on the World Cup roster out with injuries, including midfielder Christian Pulisic.

He was injured in training this week and held out as a precaution but could be available to play Tuesday. Another handicap was having a half-dozen players getting limited playing time for their European clubs in the past several months.

Nonetheless, the U.S. got the first crack at the goal in the seventh minute when Jesus Ferreira sent a header too high. That would be it for the U.S. chances in the first half.

A U.S. giveaway resulted in the first goal with Kamada scoring after a turnover by Weston McKennie in the midfield.

Kamada took a pass by Hidemasa Morita on the right side to slot a shot past Turner. Kamada was initially ruled offside but the goal was allowed after a review.

Mitoma added the insurance goal with a shot to the lower left corner after dribbling through several defenders.

Washington [US], September 30 (ANI): The International Academy of Television ArtsSciences announced its nominees for the 2022 International Emmy Awards ...