The era of the megalopolis: how the world's cities are merging 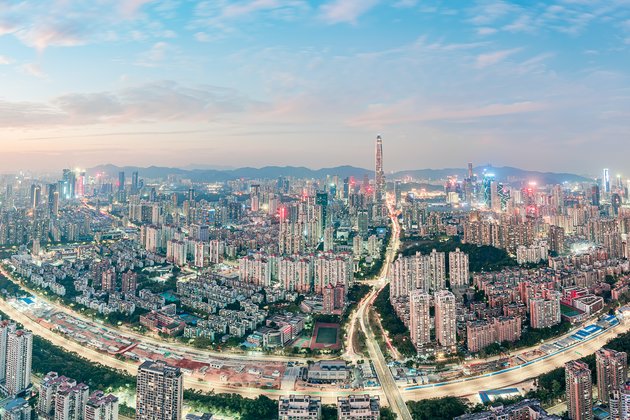 On November 15 2022, a baby girl named Vinice Mabansag, born at Dr Jose Fabella Memorial Hospital in Manila, Philippines, became - symbolically - the eight billionth person in the world. Of those 8 billion people, 60% live in a town or city. By the end of the 21st century, cities will account for 85% of Earth's predicted 10 billion inhabitants.

Cities don't only grow by the number of inhabitants. The more people they host, the more services (public transport, energy infrastructure, water supply) they need, the more governance they require and the more resilient their economy has to be. It might be surprising then to learn that there is no single definition of what a city actually is.

In medieval times, cities from London to Seoul were delineated by their walls. And even well into the 20th century, the idea of a city's limits still held water. Today, if the process of urbanisation still brings to mind the biggest pre-millennial metropolises (Tokyo, Sao Paulo, New York or Mumbai), they represent nonetheless a decreasing proportion of all the world's cities.

By contrast, in the more rapidly growing urban centres, such as Lagos, the geographic extent of a mayor's official jurisdiction often ends long before the populace it serves does. Its economy, meanwhile, is often deeply intertwined with those of the neighbouring cities.

The question of where to draw the line between what is and what is not a city - not to mention where one ends and another begins - is getting harder to answer. As the world moves towards total urbanisation, settlements are spreading out by merging into one another to create what urban experts term "megalopolises".

The largest of these mega-cities already exceeds 60 million people. In China, the region of Guangdong province around the Pearl River estuary now known as the Greater Bay Area effectively merges 11 cities, from Macao all the way around to Guangzhou, Shenzhen and Hong Kong.

With a total population of over 70 million inhabitants, it counts 2 million more people than the entire population of the UK, squeezed into roughly a fifth of the area. In economic terms, it looms just as large: at US$1.64 trillion (Pound 1.39 trillion) in 2018, its GDP represents 11.6% of China's total.

On the west African coast, meanwhile, the 600km stretch between Abidjan, Ivory Coast and Lagos, in Nigeria, is rapidly catching up. Experts predict that by 2100, this agglomeration of nine cities will be the most densely populated on earth, with up to 500 million people.

Cities only really started growing in the mid-18th century when we began to build machines that would propel us much faster - and further - than any technology invented so far. For the first time, cities and London, in particular, broke through the threshold of around 1 million people in size that had dominated the urban world hitherto.

Some cities, including Chicago and New York, grew upwards as the technologies of the steel frame and the elevator enabled those with the resources to erect the early skyscrapers, those "cathedrals of commerce".

With the invention of the automobile, many cities, such as Los Angeles, have grown outwards, despite widespread resistance to the idea of urban sprawl.

Some large cities in the developing world including Dar es Salaam in Tanzania or Nairobi in Kenya have grown inwards. Here, the idea of the compact city based around public transport and higher residential densities has taken root.

How the metaverse is redefining the city

Most people today live in medium-sized or even small cities. We still largely depend on the internal combustion engine to move between different activities, typically home and work.

However, over the last 50 years, the advent of computers and networked communications has meant that people can now live at huge distances from their colleagues. This blurs the physical boundaries of any city.

Counting a city's inhabitants and mapping its geographical boundaries are only some of the aspects to consider when defining what a city is. The digital skin that now covers the planet enables the citizens of any city to interact with anyone and everyone, in any place, at any time.

Cities will continue to grow and change physically. By the end of the 21st century, every place will no doubt be one form of city, but the term itself is not likely to disappear. Instead, its meaning will change.

In 1937 already, in a compendium entitled The City Reader, the historian Lewis Mumford argued that although cities might be identified as physical entities, they were places of social interaction, of communications.

This resonates strongly with the notion that in the future we will no longer think of cities simply as distinct physical hubs in a rural landscape but as patterns of digital movement, crisscrossing the planet over many scales from the mega city down to the local neighbourhood. Boundaries will no longer have the same meaning as they did before the first industrial revolution in Britain in 1830.

Scholars agree that as cities get bigger, they generate economies of scale that increasingly dominate their economic growth and prosperity. Evidence suggests that the urban world is even more complex.

Cities increasingly resemble biological systems more than they do mechanical systems, with transportation networks reaching out into the hinterlands around them resembling arboreal fractals.

The emerging urban world is vastly different from anything that has gone before. Trying to determine the physical limits of the city remains important. In figuring out how to reckon with this new complexity, however, it may well be too superficial.